Owing to the fact that there is a quote floating around that is being attributed to Mike Netzer/Nasser I decided to post the full interview I did for BACK ISSUE #94 since my words are being used as ammunition in an argument I have nothing to do with. The editor said he would print a retraction/correction but that never happened so for any who are curious:

On Feb 7, 2016, at 3:57 AM, Steven Wilber wrote:
Mr. Beachum,
Thank you for agreeing to answer a few questions regarding your time with Continuity Comics. Also, besides your work on Samuree (and an issue of Ms. Mystic), I love your art in Flare. I recently rediscovered it for myself not long ago. I think it’s great to see an artist unafraid of depicting sexuality in a comic book. Your art was definitely an inspiration when I was working on my collection of paintings titled, “Heroines". Thank you. 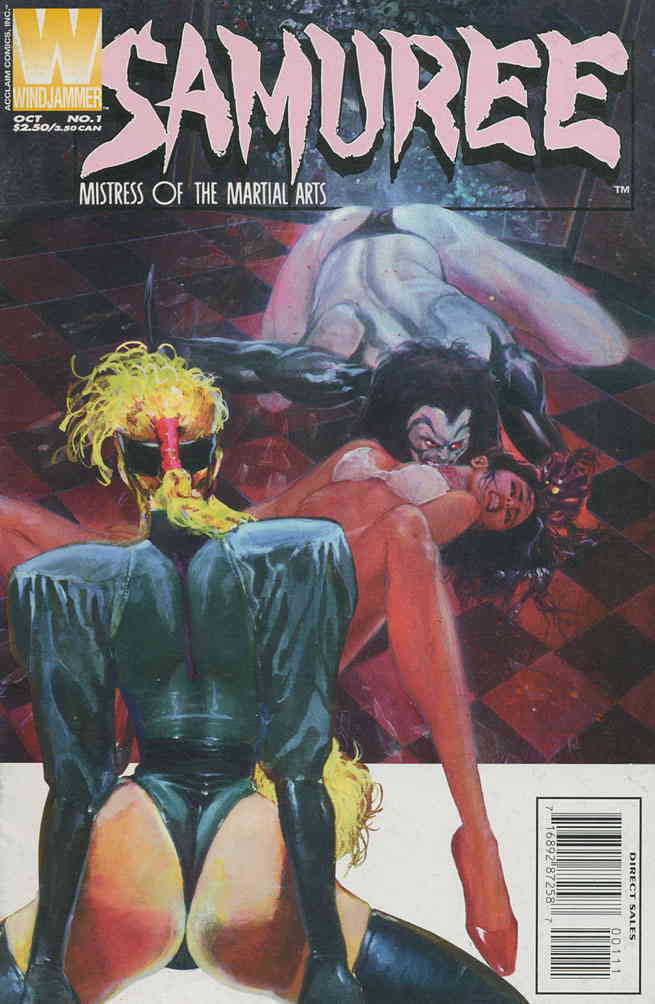 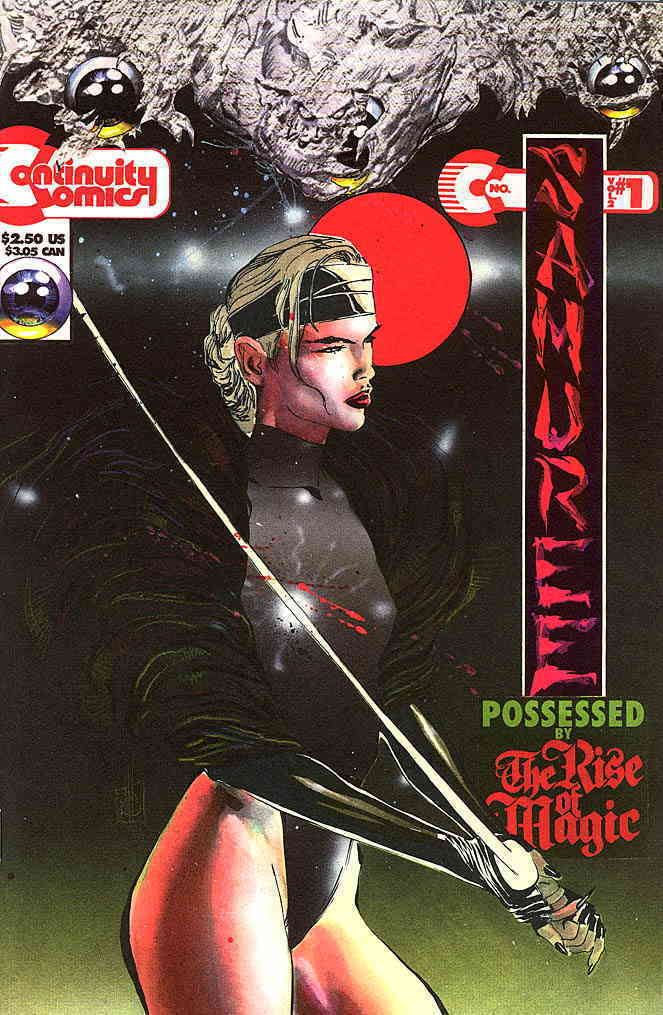 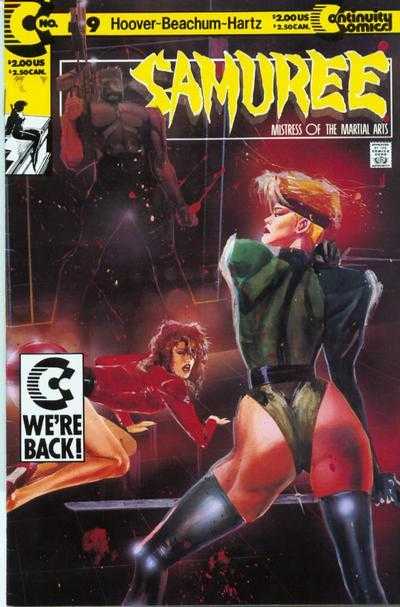 nothing noteworthy….stopped participating in the 9th grade. School wasted too much of my time. I’m an autodidact.

•    What led you to Continuity Comics? Were you aware of Neal Adams’ body of work?

The short version: Neal revolutionized the superhero comic-book idiom by synthesizing an exceedingly dynamic style based on stan drakes “clean realistic spot illustration style" and an eye for elegant dynamic figures gleaned from working from photos and gesture drawings of movement. Though not actually realistic, Neal’s approach to comics was viscerally realistic and visually engaging: He developed a mastery of guiding the eye through the page while simultaneously picking scene compositions which conveyed very clearly and dramatically what the action was without using specific photo reference to achieve a picture which “felt realistic" without being realistic. This is very difficult to do and there are not many who can do it.

Neal, Frazetta, Jose Gonzales, Esteban Moroto, Steranko and Tony Dezuniga were the comic-book artists that provoked my interest in the medium. [there is a much much longer list of artists I enjoy[ed] but I’m limiting it to these as they were front and center from about 10 years old to 15.]

In New York Neal’s continuity associates was the vortex of an amazing movement where commercial artists, comic-book artists and designers intersected.
For many [perhaps most] of the generations of younger artists this was the place to be, and as so many of my peers/contemporaries we made our way one way or another to enjoy the fruit of an innovators efforts. Neal was generous enough to take many of us on under his wing and give us work as fledgling comic-book artists all the while holding down the fort of being an entrepreneur, father, professional commercial artist and advocate for various artists issues.

I have a good deal of affection for both he, his family and that time period: there has been nothing like it.

So; though the “body of work" may have something to do with it, it is more than that: Neal was an exponent of a time period where a lot of explosive creativity broke through the blandism of mainstream pop culture daring “creatives" to soar unfettered.
It must be kept in mind that the times Neal exploded into included innovation across the arts from the dance world to music,  from Bruce lee, Hendrix and Bob Fosse to alternative concepts of physics/cosmology Neal tried to bring all of that into comics so that was where all of us [or at least this] young artists wanted to be.

•    What did you most enjoy about drawing, Samuree?

That is a difficult question to answer and more or less irrelevant: I have worked for most of the publishers and some mens magazines and, generally, have found it to be a relatively underwhelming experience; my interests do not, generally, intersect with those I do work for.
In the case of SAMUREE Neal gave me an opportunity on his dime and to date is the only one I have encountered to do so. I can only say I enjoyed interacting with someone I have an incredible respect for but do not always see eye to eye with. [which is neither here nor there in the end]So I don’t bother with it any more and do what I want to do on my own terms.

•    The bad girl art craze of comic books began shortly after the release of the first issue of Samuree. What is it about bad girl art that became so popular in the ’80s through the ’90s?

Of course very little of what I have just described achieved the clarity of definition as I have just described it for many reasons which aren’t worth going into in this dialog. Be that as it may: The bad girl craze came about as a direct result of the generation before us having created the tools for independent self publishing actually being a proposition that someone with very little access to funds, a vision, some talent, and a willingness to do the work could go toe to toe with the mega-corporations.
In effect: the internet before the internet.
It was an awesome moment…it can be regarded as sad that it was ruined and in it’s place the leviathin of crass, mediocre mega-mass consumerism which makes putrid drek slowly choking the marketplace of all of it’s former promise.

•    How do you feel about the tag of a being a bad girl artist?

I have no idea what that means: if it means “what do you think of how you are regarded?" I would say: some seem to regard me well; some do not, generally; it doesn’t make a difference one way or the other: I do what I do because that is what I like doing..period…it is only secondary that someone may like it or not and is of no consequence.
Certainly I appreciate those who have been supportive of my cause; that much I can say. The others?: I give no fugz.

•    Is there anything you took from your brief experience with Continuity Comics?

It wasn’t brief. I met Neal when I was around 15 and the last attempt we had in working together I was around 30 or so….
This is not known because I am an exceedingly difficult person to deal with especially if you work within “the system".
I did advertising and other stuff which only surfaces in whatever manner he is comfortable in using it. It is not easy using someones work who finds the mainstream to be unworthy of respect.
..and it wasn’t “continuity comics"
It was Neal Adams sharing his love of art, comics and his extending that which he created including his family, his knowledge and his resources and it has been hugely instructive: He is a one of a kind “put it all on the line" kind of cat and I am glad to have crossed paths with him.